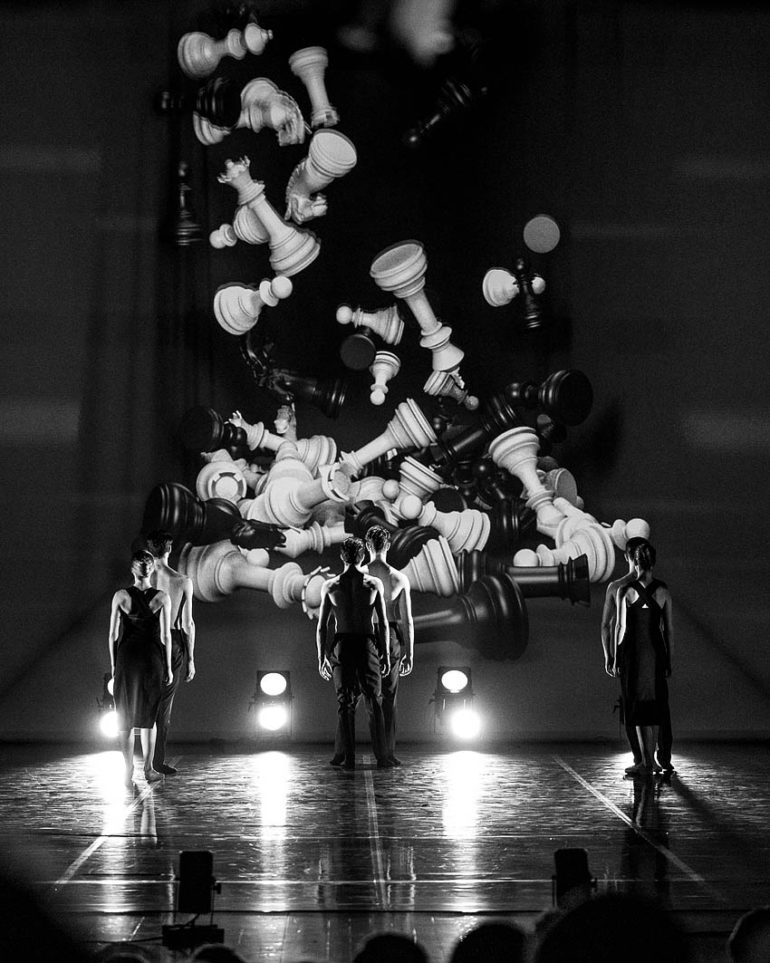 In the spotlight of the ballet stands Paul Keres, the master of Estonian chess, who holds a dignified status on the global chess arena and who has both enjoyed the glory of a national hero and carried on his shoulders the tragedy of the country and its people. As an active chess player he encountered the loss of a homeland, a failed attempt to emigrate, endless suspicion from the Soviet authorities and the obstacles set by the system to a possible world championship.

Eesti I Luulepidu
The Sky above Narva